Though the weather is not very friendly for Kite flying in London yet, I am very intensely thinking about ‘the kite’ that Professor Werner Menski installed in my head since the beginning of the Community Leadership Course with SOAS. I intend to share some interpretation of our parents and first generation[1] British Bangladeshi’s (BBs) mindset according to this Kite Theory and will examine which corner they consider most in their life and what consequences it imposes for our generation.
The four corner of Professor Menski’s kite are:

Corner 4: International Law and Human rights
I can immediately generalise and rule out corner four as a relevant element for most of our first generations uncles and aunties who did not get a chance to seek education when they were ‘back home’ (Bangladesh). Also very few of them were privileged enough to get education when they came to the UK. The emerging notions of internationalism and human rights are very less likely to be relevant in their decision making or their daily life’s elements. They were busy fighting their way in economically settling into the UK and secure a better future for us.  When globalisation happened, they thought the world is going crazy and mobile and facebook are diminishing the possibilities for them to get their sons/daughters married to their choice of bride/groom.  So probably the only thing they all appreciate about globalisation is that now they can send money home quickly and call Bangladesh for two pence. But sorry, understanding an international ‘thing’ such as ‘human rights’ or ‘international law’ is very unlikely for them.

Corner 1 ‘religion/values’ certainly many of us will argue, plays the most important part in people’s life. My intention is to analyse if that is the case and I would like to propose it is ultimately corner two ‘society/community’ that people consider the most important factor when they make their decisions.

The etiquette, social values, principles and practices that we have today within British Bangladeshi families here in England come mostly from the ideas of community/ societal practices that migrated from Bangladesh. Yes, there is strong element of Islam, but if we deeply analyse this we will see that it is not necessarily Islam in its originality. Rather today’s Islam in these communities is a mixture of Aryan or Hindu culture with elements from the Islam preached by 12th century’s Yemeni hero Shahjalal and his disciples. I will not dare to analyse and pretend to understand the evolution and history of Islam in South Asia yet. However the experience that I have of the Islamic ‘traditions’ (I believe tradition is a better word than religious principles here) in Bangladesh, being a ‘Born Again Muslim’ myself, [2] and the Islamic traditions that the families holds, is often in deep contradiction with the original teachings of Islam.
So my uncle and aunties mostly, when they refer to the traditions and etiquettes they follow in day to day life, have a tendency of referring to them as religion or Islam. When you are supposed to Salam your Murubbis (elders) by touching their feet or required to go to Masjid in Shab-e-barat to cut a good deal with God in one night, or allow the Hujur to be an unquestionable authority, or when sisters are barred from the mosque, and brides have to have sugar when entering the groom’s house for the first time in order to remain sweet for the entire life (good-luck), you know it is actually corner 2, social etiquette rather than Islam per se.

It is not so much the fear of God that people become seriously sceptic about when their children fall in love with someone and oppose an arranged marriage, or when their son becomes a drug addict or starts going out with a white girl. It is the community that is in people’s mind: ‘What will the community say?’ is the ultimate line that constantly influences their mind.Their convictions are always to satisfy the communities’ expectations and ensuring they do not become isolated or risk being labelled as ‘bad people’. Interestingly enough, sometimes the label is synonymous to ‘modern’ or ‘western’. Let me share some of my thoughts about an ‘isolation theory’ called ‘Pacher Badh’ which I think has a link with first generation BBs cognitive structure.

The community structure in most part of Bangladesh during the early 20th century was tribe (Bongsho) based and some elites of the society, mostly Jomidars, rich people and some notables, well established individuals, will sit in the ‘Bazaar’ or in a common place to resolve any conflict that has arisen between two families or individuals. Even to this day the formal ‘Salish’ or ‘Bisaar’ exists in Bangladesh. But what is Pacher Badh? Here Pach literally means ‘five’ and Badh means someone who is excluded. So when in Bisaar (trial) the Bisaaris (judges) give this verdict to someone that he/she is Pacher Badh, that means no one in the community or in the village will speak to them or should interact with them in any shape or form as a punishment to the crime they have committed to the community (pach) or because of the harm they have caused to others. In other words, isolating them totally from the community they live in.

Thus the people who migrated during the 1940s and until the late 1970s and early 1980s have had this strong mindset and notions of community and society of Pach or five.[3] They were always keen to just sticking by the rules of the immediate families or extended families. They always actively sought to keep their family people close by and to form their own community. The British Bangladeshi community in Leeds, Sunderland, and Newcastle and in many other cities and small towns of the UK is the representation of these small units of community. They are mostly from the same village or they are all extended families, and their arrival to that particular city is mainly because of that community unity sense that encouraged them to stay together. They are chain migrants, as we learnt on this course. The question to consider for us here is whether this trend resulted in making the British Bangladeshi community less willing to integrate or assimilate within other sub communities from Bangladesh and in the greater context with the British society.
By other sub-community I mean the community based on Bishanathism, Balagongism or Beanibazirism. Our first generations’ decision making is rather biased towards their small community sense, based on their place of birth or the ‘Thana’/sub-district they are from. Thus it’s ok for Sultana, Marzina, Rofiq and Mamun to mingle with Beanibazari or Bishnathi or Jogonnathpuri people, but when it comes to marriage( assimilate), then our parents’ ‘corner 2’ wakes up. Though it is becoming more flexible, and gradually these notions are being challenged by our generation, it is important to acknowledge that it is still a big driving factor amongst a lot of our first generation BBs to make decisions.

Now, what is the ‘community’ for these older people? Or how do they define their community? My very simple tool to understand what they consider as community is that these are the people and families they will invite to their family weddings. Their family honour, ‘prestige’, and reputation depend on how these people perceive them, or how they will react to any of their family’s affairs. This ‘community’ consists of the immediate family, extended family and people from the same tribe (bongsho), neighbours, people from the same village from ‘back home’ in Bangladesh, friends and business associates. Again, the boundaries of such groupings are fuzzy, but there are clear preferences for social ties arising from corner 2 of the kite.

In the minds of first generation BBs the ultimate state is Bangladesh. Though they live in England, their understanding of the state and its affairs is primarily based on their political and social experience in Bangladesh. It is very clear that first generation BBs are very much attached to their homeland also politically, and their concern and love are mostly for Bangladesh.
But they certainly appreciate the opportunities that England offers them and they dream that our (third) generation should become successful in whatever we aspire to be. But there is still much scepticism and they suffer from a dilemma when they realise their state loyalty is not always in line with their community values and cultural principles and the latter dominates the former. They would love to see their son and daughter becoming a CEO of a big company, an MP or ministers, but that comes with the expectations and condition of cultural and religious bindings.  I am sure most of them do not like Konni Huq’s extra factor! and they would discourage their children to take her as a role model.
Another observation that can be made here is that their lifespan does not have a lot to do with the state apart from formal proceedings and legal implications that they might find themselves involved in. Here our (third) generation is certainly more informed and competent in dealing with formal requirements by the government institutions, which gives our parents reason to rely on us in these matters. Nonetheless everything still goes back to corner 2.  So be careful when you go past Whitechapel market next time and when you continue walking in front of the East London Mosque, and if you take a right turn into Osborn Street (Brick Lane), make sure your cigarette is invisible or your charming beloved walks alongside you considering enough social distance.

[1] No one has classified the generations and the boundaries are typically fuzzy. I propose first generation is those who arrived during the late 1950s until the early 1980s and later on brought their family. The age group is from 50 to 100 today. The second generation is those who came with their family when they were very young during the late 1970s and early and late 1980s. This age group is roughly 30-50 years. The third generation is those who are born and bred here, mainly aged18-30 years. Obviously the Sasas (uncles) and Baisaabs  (brothers) will overlap in age and mindset and many younger people may be first generation migrants.
[2] This is an interesting term and I wonder why only Christians should use it. I am Muslim because I was born in a Muslim family and the same happened to my father, thus we never really had the urge to understand Islam more, we just inherited. It is a disadvantage, and being aware of this creates a feeling of being reborn.
[3] I think this is symbolic to the five fingers of our hand. Whoever invented this term must have considered and gave example of the community as one hand which has got five fingers. So once someone breaks the rule of the community, he is excluded from the hand/community.
Posted by Ehtasham Haque at 09:45:00 No comments:

On Exile : Part one

My understanding of the word ‘exile’ was restricted to political leader’s exclusion or expulsion from their country of origin. I was brou... 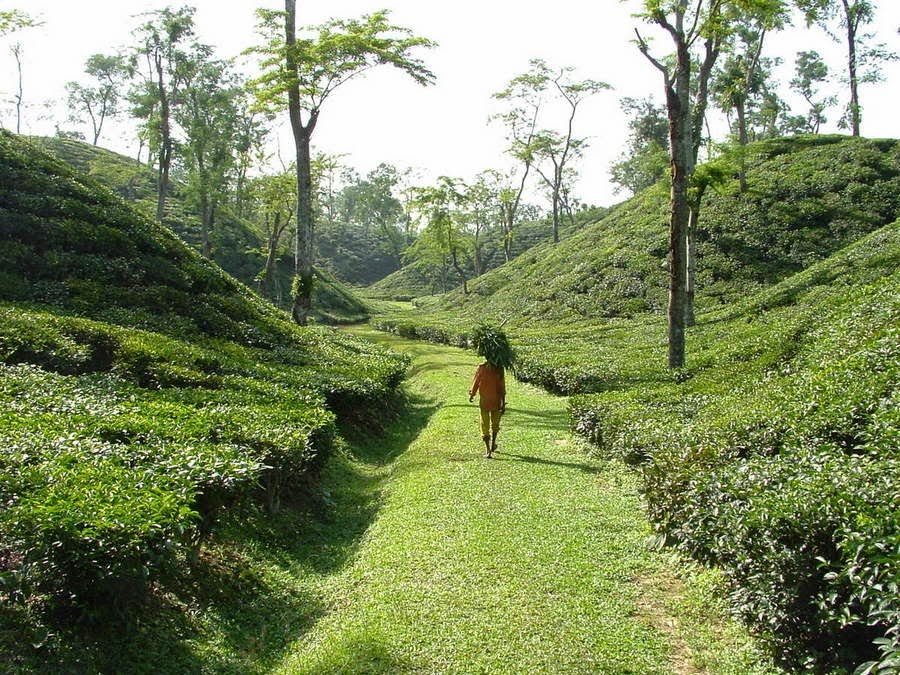